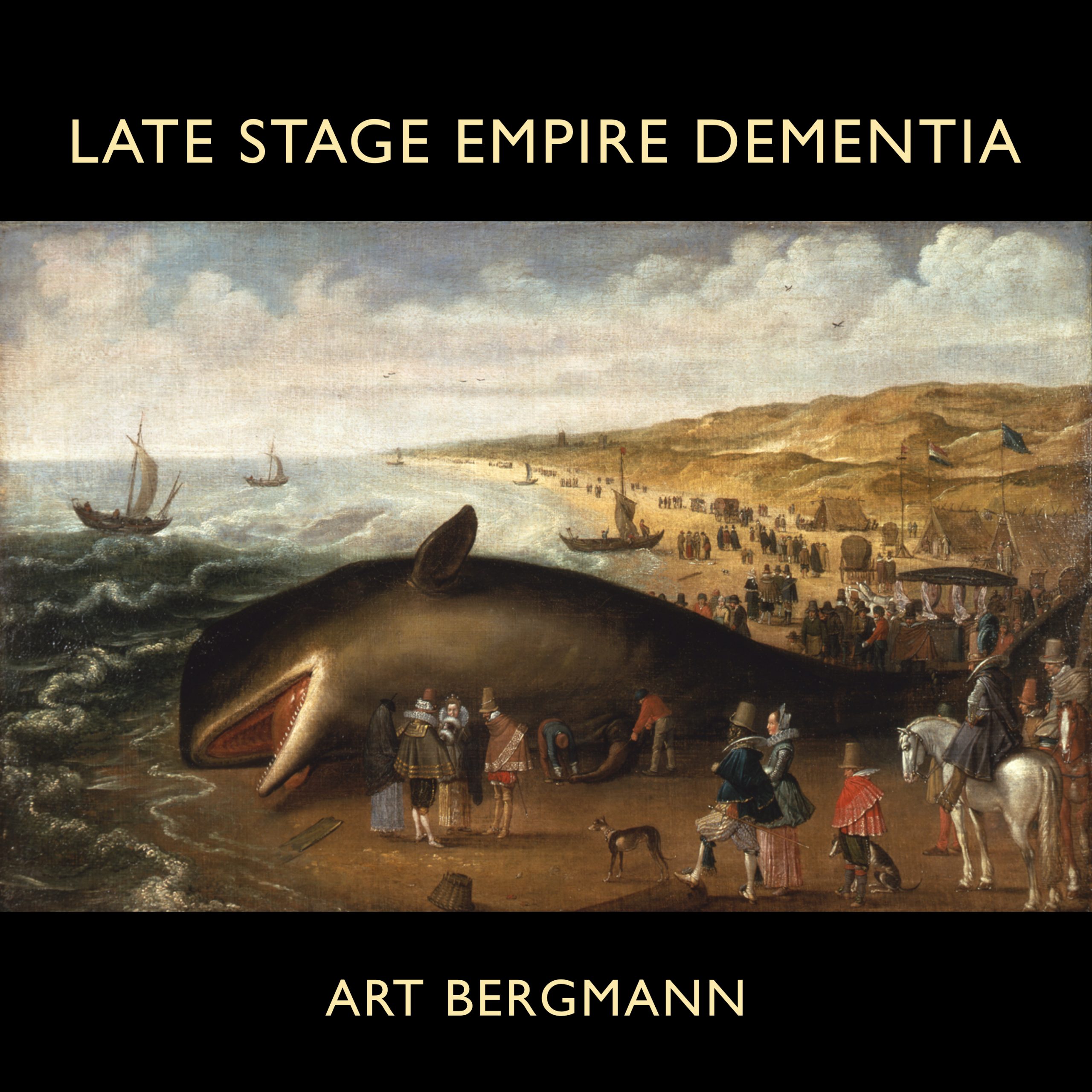 “Late State Empire Dementia” is Art Bergmann‘s ninth studio full length album released under his own name and is the follow up to his well-received Polaris Music Prize Long Listed record “The Apostate” which came out in 2016 on (weewerk).

An album of anthemic response to the psychopathic forces that conspire against us to swallow the earth and all of its creatures, whole, “Late State Empire Dementia” features eight new songs that are devastatingly honest and sonically propelling, performed by a singer songwriter who still has a lot left to say. The album is planned on being released digitally later this year by (weewerk) on May 21st, which is Endangered Species Day and is a fitting scenario given the content of the record. Provisions will be pursued to also release the album on vinyl format later in the summer.

The release of this album coincides perfectly with Art’s most recent honor of being appointed to The Order Of Canada at the end of 2020. Recognized for what the Governor General’s office calls his, “indelible contributions to the Canadian punk music scene, and for his thought-provoking discourse on social, gender and racial inequalities.”

Known for his sharply political, anti-establishment lyrics, Art said he wants to divert any publicity generated by his appointment toward pressuring the federal government over its failure to provide adequate housing and clean water to First Nations.

Hopefully this album gets heard and listened to because Art’s message is important and it is so needed right now.

“Order of Canada Inductee Art Bergmann is a Canadian punk pioneer. His bands and songs were pointed, angry, and loud. But what he was railing against were First Nations rights, aboriginal education, and health. Police misconduct, politics, organized religion, governments of all stripe. As the Order of Canada press release noted, “for his indelible contributions to the Canadian punk music scene and for his thought-provoking discourse on social, gender and racial inequalities”. Art hasn’t slowed down either. His new album Late Stage Empire Dementia is about to be released.” – Terry David Mulligan / Mulligan’s Stew Episode 139

“Dear Mr. Bergmann, On behalf of the Government of Alberta, it is my pleasure to congratulate you on your appointment as a Member of the Order Of Canada. This honor is fitting recognition of your contributions to music and commitment to addressing issues of inequality. Your passion for the arts and desire to make life better for your fellow Canadians will serve as an example for generations to come. Congratulations again, and thank you for your service.” – sincerely Hon Jason Kenny PC, Premier of Alberta, January 7th, 2021

Credit Details:
All songs written between 2016 and 2020 by Art Bergmann, except “California Sun” lyric written by Henry Glover
All songs published by Mixed Marxist Art
Copyright 2021 – Art Bergmann / (weewerk) / SOCAN
All bass and drum tracks recorded by Lorrie Matheson at Arch Audio in Calgary, early 2020.
Christo-Fascists was recorded by Russell Broom at The Broom Closet in Vancouver in 2020.
Paul Rigby tracks recorded at the Hoj Loj by Erik P. H. Nielsen in Vancouver on February 8th, 2020.
All over-dubbing engineered by Russell Broom at The Broom Closet.

Serious gratitude and love to the 164 odd donors who made this possible thru GoFundMe.
Big ups to Colin, Gordo, Gordon, Jason, and Phil (TeamART).