About to release their fourth album, Calling Out (2008) on (weewerk), FemBots have set off in yet another new direction while in many ways returning to their beginnings.

The third FemBots record, The City (2005), built on this earlier work but taking it up several notches with banging piano chords, catchy choruses, soulful vocals, swinging guitars, woven strings and horns. The City – that landed on several top ten lists for 2005 – pushed the stark black and white vision of their earlier albums into full technicolor.

FemBots originally envisioned their fourth album Calling Out (2008), as an entire album using an assortment of junkstruments, musical instruments created from garbage by artist Iner Souster. Eight months into the project it became clear that the junkstruments simply were too unpredictable and too difficult to work with to sustain an entire album. Rather than scraping the project entirely, the FemBots used the junkstrument instrumentals they had recorded as rhythm tracks, the rock and roll chassis that the rest of the songs are built on.

Calling Out also marks another departure for FemBots. This is the first time Dave MacKinnon and Brian Poirier have collaborated with other musicians during every stage of the writing and recording process. In the past MacKinnon and Poirier wrote the songs, then brought in other musicians to fill out the arrangements. With Calling Out the songs were built up from improvisations with Iner Souster and drummer Nathan Lawr.

The result is a collection of pop and rock songs built on a foundation of odd sounding home made instruments, producing in the end their most straightforward and strangest record to date. With each new album the FemBots transform in ways unforeseen, yet strangely familiar, honing a new style from the old. 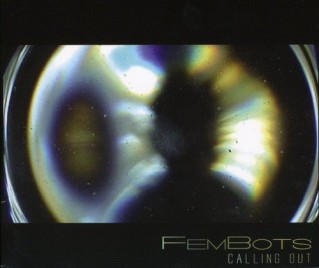