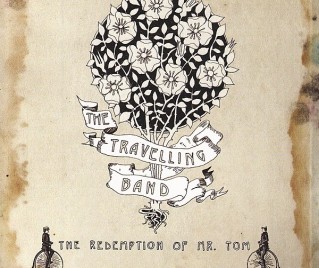 Past Press Quotes: Manchester Evening News: “… a real pearl!”  Boomkat.com: “jingly, jangly, catchy and with enough spiced weirdness to keep the Drag City crowd happy. The pick for me is the opening track ‘Only Waiting’ which sounds like it could have been made 40 years ago, which is probably exactly what the band were going for. Lovely.”  Metro UK: “Bursting at the seams with wistful, harmony-laden tunes”  Carol Hodge BBC Manchester: “This is toe-tapping light revelry, all 60s middle Americana. Their finest moments drip richly with a three-way vocal velvet”  Review from Glastonbury competition by efestivals.co.uk:  “The Travelling Band

(weewerk) is ecstatic to announce the Canadian signing of The Travelling Band, from Manchester, UK. (weewerk) will release their EP “The Redemption Of Mr.Tom”, digitally thru Zunior and IODA as well as thru mail order on May 20th. This record was released April 21st in the UK by the band to great response, and is a follow up to their critically acclaimed debut EP “If This Is A Gag, I’m In” and is further proof that their debut album scheduled for a late summer release in Canada and UK will be a corker. No matter what your taste in music,