Montreal’s beloved six-piece, the United Steel Workers of Montreal, have wowed audiences from coast to coast with the infectious draw of their unique brand of blue-collar alt-country. A potent mix of blues, jazz, country and swing, The USWM’s live performances are filled out with dry wit, tall tales and some outright lies. Dancing is optional but hard to avoid.

Following in the wake of their critically acclaimed albums, Broken trucks and Bottles and Kerosene & Coal, THREE ON THE TREE sees the band branching out from their earthy, acoustic-country-punk roots to experiment with gospel (Jesus We Sweat), historical ballads (Mary Gallagher), Spanish horn arrangements (Glen Jones) and thundering murder ballads (Three Hard Knocks). Lead singer Gern f., guitarist Shawn ‘Gus’ Beauchamp and electric guitar master Matthew Watson each pour a diverse helping of tunes into the mélange. Rockabilly bassist Eddy Blake and banjo/mandolin player Chris Reid’s combined upbeat, energetic stylings give the album an unmistakable pop and swing. Huge in heart, narrative scope and emotion, THREE ON THE TREE swoops down over the industrial grimness of Shot Tower sashaying through the street-level social turbulence of What a Riot and peers into a delicate room where lead singer Felicity Hamer’s velvety vocals balance the melody of Little Girl like a frail tea-cup on her saucer. All of the most loved conventions of The USWM’s previous work are represented, from the stirring rallying cries of Under Dogs and The Line to light hearted foot stomping slobber knockers like Making Babies and Lorelei.

The United Steel Workers of Montreal were voted Montreal’s #1 Folk/Roots Band and #2 Best Live Act, and have been recorded live by CBC Radio. The band has been receiving critical acclaim, playing SXSW, NXNE, CMW, Pop Montreal, Toronto International Film Festival, FMEAT, Quebec City’s 400th anniversary, Nancy France Jazz Festival and received nominations for the Quebec Independent Music Awards and MIMIs. They have released two videos for émile Bertrand and Meaner than You. THREE ON THE TREE will be unleashed upon a rapidly swelling international audience, all hungry to hear more, and will see the band touring extensively across Canada, the US and Europe.

United Steel Workers of Montreal are 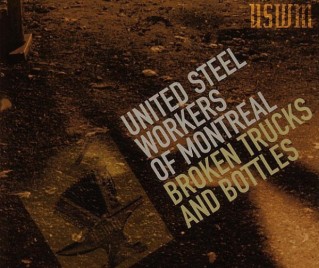 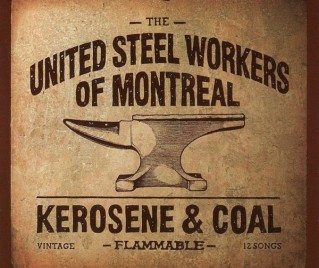 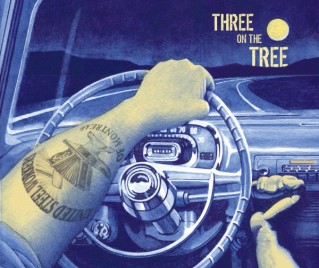