As soon as we hear Mark Browning’s drawling vocals creak on the opening song “Miss Idaho” we instantly know that Ox has delivered an album of stature. Dope-soaked, derelict and wired, “American Lo Fi” features 11 songs that give a nod to Velvet Underground meets Bruce Springsteen, trading New Jersey urban fairground for Pacific interstate moonscape. Ox’s long awaited follow up to the seminal alt-country, indie hybrid classic, ‘Dust Bowl Revival’, fuses weary with vicious, punk with hillbilly, the farmer in the city with the electro-magnetic aura of tape hiss and amp crackle. ”American Lo Fi” was recorded in the manic confines of Vancouver’s Profile Studios (aka Upstairs Sound Laboratory) amid the plume of smoke, sweat and heavy Pacific laced air. Ox began in Vancouver amid sessions for a Mark Browning solo record titled, ‘Harvester’. The record went wrong… crossed between Neil Young’s Reactor and a Journey record… and was scrapped. The beginning was a collaboration with Nathan Lawr (then of Guelph/Toronto’s Royal City) on a Julian Cope song, ‘Promised Land’ and grew into an album session for what became, ‘Dust Bowl Revival’. Upon release in 2003- independent and driven behind the scenes by Browning as agent, manager, radio tracker, and publicist, the record was embraced by an industry who’d universally passed prior to release. Soaring to #1 across Canada on Earshot’s and Chart’s Canadian Campus Radio Charts- it was to be the first independent Canadian record to reach top spot in decades. What followed is the saga of a band on the road… Browning recruited fellow hometown Sudbury Ontario songwriter, guitarist/pianist Ryan Bishops and a host of guests over subsequent years and toured endlessly- the US coasts- the UK 5 times, Ireland 3 times, Germany and Holland twice, and of course Canada- back and forth from coast to coast 7 times over the course of 4 years. Maintaining a grass roots approach- Ox has done it the hard way- thousands of miles in cramped mini-vans… countless nights spent bedding down on floors, couches… pool tables… bad food, stale beer- blown tires, road kill. Ox’s sound is the sound of the open road- from not far above it. Songs like El Camino, Country Music Promoter, Awkward Beauty, Miss Idaho are the sound of gravel skimming fender crossed by overdriven tubes and tremolo… Halloween crossed with Christmas Eve spent in a bus station diner. 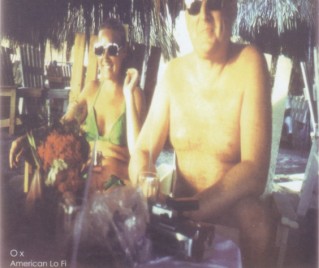 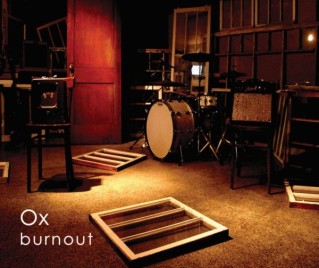