The Barmitzvah Brothers & (weewerk) are extremely proud to announce the release of the new album, “Let’s Express Our Motives: An Album of Under-Appreciated Job Songs.”

“Let’s Express Our Motives” is the fifth, full-length release from Guelph’s The Barmitzvah Brothers and their most accomplished to date. This 19-song album highlights and glorifies some of man’s most ordinary and ignored professions. From factory and construction workers, to bookbinders and piano tuners, this album will make you wonder what you’ve been overlooking.

The Barmitzvah Brothers are Jenny Mitchell, Geordie Gordon, Johnny Merritt, and Tristan O’Malley. Within the last year, Tristan purchased a house, and volunteered at an elementary school, Johnny moved out and finished his second year in university, Geordie toured with his father, his brother, and started a solo side-project, and Jenny released a solo album and toured out west, collecting stories for her cross-Canada haircutting book. With everyone having jobs in addition to these endeavours, work has taken on a new meaning. Rather than let it frustrate them, the Brothers have recorded an album celebrating the working world, giving tribute to the ordinary and extraordinary people who go un-noticed. It is has been stressful, and tiring, but there are far worse things than keeping busy.

The Barmitzvah Brothers are

The Barmitzvah Brothers are three youth from Guelph, Ontario, who make eccentric, experimental pop from unusual and home-made instruments and household objects. Their uniquely eclectic style fuses elements of traditional folk, polka, bluegrass, rock, klezmer, punk, and more, and ranges from upbeat to melancholy. They occasionally sing in Hebrew, not because it is their native language, but because it sounds beautiful.

Their second full-length record, the magical Mr. Bones’ Walk-in Closet, displays a more reflective side of the band than their art-punkish debut The Night of the Party. Such heartfelt folk-country songs as “Mercury” and the Andy-Magoffin-produced “Little Bird” belie their young age, while thoughtful tunes like “Agatha Read,” “Somewhat Conceivable (but not yet achievable)” and “The Commute” offer strength for the soul. Furthermore, “Show Promoter Dan” is the most honest song you’ll hear in all your fightin’ life!

In live performances the core trio – Jenny Mitchell, Geordie Gordon and Little Johnny Merritt – are joined by hockey-stick-wielding percussion duo The Lethargians and at times by an unruly, rambling orchestra. First formed for a 2001 high-school show, and all still in their teens, the band has already played festivals ranging from Guelph’s Hillside and Jazz fests to Canadian Music Week, Red Skies and NXNE. They have shared stages with such artists as the Rheostatics, Royal City, Great Lake Swimmers, Damo Suzuki, The Two-Minute Miracles, and Gentlemen Reg, and they also participate in the Guelph-based Cryin’ Out Loud Choir. 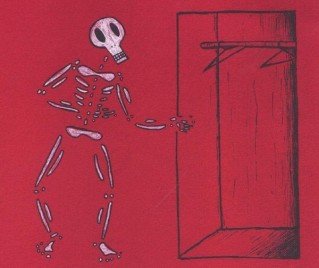 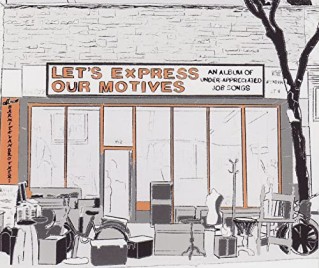 Let’s Express Our Motives: An Album Of Under-Appreciated Job Songs (2007)