After having a very ‘Happy Birthday’ in 2008, THE BURNING HELL are the proud new parents of ‘BABY’, a joyful collection of songs about children and death. Fronted by ukulele-slinger and songwriter Mathias Kom, the band has spent the last year touring non-stop across Canada and Europe. They also managed to squeeze in a few quick and dirty recording sessions in the process, and ‘BABY’ is the result. Recorded almost entirely live, ‘Baby’ displays the band at their most hyperactive, frantic and fun. Fans of older Burning Hell recordings have no need to fear, as Kom’s lyrics still take center stage, and he still thinks the world is a terrible and hilarious place to live. With tongues firmly in cheeks, fingers mostly on the right chords, new members and exciting special guests, the newest edition of The Burning Hell sincerely hopes you enjoy ‘BABY’, an album filled with animals, conferences, suicides, wombs and tombs.

The Burning Hell are

(weewerk): “I picked my jaw and ears up off the floor after listening to the “Happy Birthday” demo then immediately offered to sign him.”

The Whitehorse STAR – March 14, 2008 – “The Burning Hell may just be the hottest thing to hit the Yukon so far this year. Taking its name from a religious tract, it is an indie folk rock band from Peterborough, Ont.” – Andrew Hoshkiw (full article)

ECHO Weekly COVER STORY – January 10 – 16, 2008 – “Much like the albums that Johnny Cash made toward the end of his life, Happy Birthday is the aural equivalent to the denouement that follows a calamitous party; the dust has settled, moods have tempered and Mathias Kom has sat down to offer up some music that’ll smooth the last rough edges and raw nerves. Over spare instrumentation (acoustic guitar and ukulele are the constants, but mandolin, lap steel, drums, cello and keys occasionally poke through), Kom half- speaks his twisted, sardonic tales of love, woe and late nights with such a deadpan delivery as to be comical in its own way. As could be expected of a record that makes the most of such faux dour beginnings, Happy Birthday inevitably picks up steam as it goes – adding more instrumentation and slightly quicker tempos, but also getting funnier at the same time.” – Bill Adams (link to article)

“To the list of great albums, I’d add The Burning Hell’s Tick Tock. Led by Mathias Kom, the band is a strange mix of gospel (“It Happens In Florida”), folk-ish rock (“Bretton Woods”), gorgeous country (most notably on “All The Stars And Parking Lots”, where his rumbling bass vocals are offset beautifully by Jill Staveley’s deadpanned, Emmylou Harris-esque voice) and…well, whatever you’d call all that mixed with ukelele (“99 Months”). It’s certainly like very little else out there, and it’s easy to see why weewerk loved Kom and his band enough to sign them and release their new album early in 2008. When that one comes out, the expectations created by Tick Tock guarantee that it’ll get thrown on my stereo/iPod right away.” – iheartmusic (link to article)

“…I was instantly caught off guard by the album’s quirky charm. Kom’s deadpan baritone draws immediate attention to the black comedy behind his lyrics (“We’ll never get married/ I’m dating your sister/ and everything you believe is a lie”) and the ukulele doesn’t play nearly as much of a pivotal role as I’d expected. Often accompanied by drums, strings or left-field instruments like accordion, melodica and glockenspiel, and featuring complementary backing vocals and duets, I actually forgot the “ukulele sensation” prefix as I listened to Happy Birthday and instead just enjoyed it as a charming folk album.

Songs like “Dinosaurs” and the ridiculous zombie-romp, “Grave Situation Pt.1,” for instance, are undeniably fun and witty, and the album’s closer, the appropriately titled “Goodbye Ukulele,” is an endearing crescendo reminiscent of a child kissing each of his stuffed animals goodnight before going to bed (come on, we all did it…).” – Wolves, Hawks & Kites (link to article) 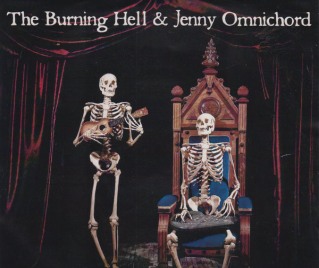 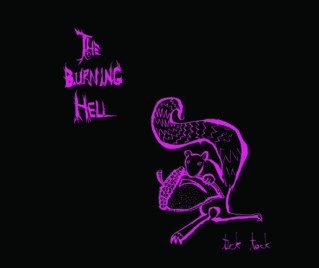 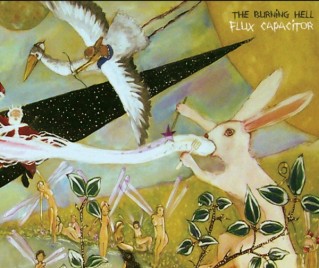