Founded in 2004 by multi-instrumentalist Andre Skinner, Canteen Knockout is Toronto’s most original alt-country rock band. The title of their first full-length CD, “Navajo Steel”, is a glimpse into the vibe of Canteen Knockout: beautifully-crafted yet high-energy music inspired by long journeys along the road less traveled through hot, dry places; and a thirst that can never be fully quenched.

Their passionate and rapidly growing fan base regularly packs Toronto rock clubs such as Silver Dollar, Horseshoe Tavern, and Cadillac Lounge. Now, as one might expect from a band like Canteen Knockout, they are poised to hit the road and make the world their own “alt country”. A well-received performance in Nashville, Tennessee is evidence that the world on a much larger scale is ready to embrace the Canteen Knockout sound.

Would sound great on a mix tape or your ipod with: Wilco, Blue Rodeo, Tom Petty George Thorogood & The Destroyers, United Steel Workers Of Montreal, The Sadies, Blackie & The Rodeo Kings

ROOTSTIME.DE (Belgium) CD REVIEW – The superb album “Navajo Steel” from Canteen Knockout is simply an obligatory purchase! 13 very well written alt-country songs, including “Back to the Country” which is an 18 carats diamond, “Georgia” that is celestially beautiful, while “Balls Out Trucking”, “Dad Song” and “Time On My Hands” seem to have been exactly tailored for the Roots Rocker. Alex Maxymiw (ex-Luther Wright & the Wrongs) brings his pedal steel chops to a masters level on the songs “Home”, “Mexico”, “Navajo Steel” and “Overnight Girl”, I get chills when listening to these tracks and feel that such moments are threatened to die out in this computer-controlled world. (SWA)

ANTISOCIAL BUTTERFLY ZINE CD REVIEW – Blame it on Andre Skinner’s frequent time-off trips burning the highway south of the border in between his many gigs across Ontario, or just his love for road songs, Canteen Knockout’s long-awaited second release and first full length offering, NAVAJO STEEL, could easily be called or taglined “The Driving Album”.

North Shore News – There’s something remarkably candid and sincere about frontman Andre Skinner – no doubt he believes in and feels the lyrics. Overall, a confident, polished sound. (Jocelyn Chan) 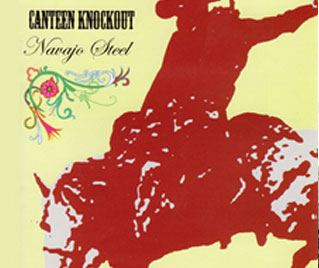 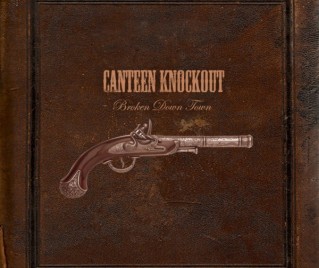